My conversation with Anthony Costantino, May 2014 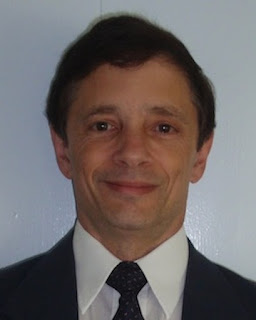 FMC: Why did you begin to major in electrical engineering and then change to computer science?

AC: While always interested in electronics and computers, I was more interested in the concrete than the abstract. I found it painful to spend 20 minutes solving a complex calculus problem, but thought nothing of spending several hours on a program. I continued to take ELE classes even after changing majors and also worked as an electronics technician the entire time I was at URI.

FMC: Your first position after receiving your B.S. degree from URI was as a programmer for Blue Cross of Rhode Island. How did you get this position, and what did you do?

AC: Upon graduating, I had no intention of working in IT, and was looking for something more technical or engineering related. While looking for my first job, I took a 6-week temporary position with Blue Cross of Rhode Island to fill in for someone that was out on medical leave. The company was very impressed with my work and offered me a job in their IT department as a programmer supporting the applications used for the Medicare contracts.

FMC: You stayed with Blue Cross for about three years. Why did you leave and how did you get your next position?

AC: I was recruited to Textron by an outside recruiter in January of 1989. Textron’s commercial finance subsidiary was looking for a mainframe performance analyst. This position provided me the opportunity to closely learn the performance characteristics of IBM’s mainframes. I also had strong programming skills, so less than a year later, I was moved to a small team (of 6) to write a large financial receivable system using distributed client server technology. This was 5 years before client server became main-stream.

In 2005, Textron outsourced all of its IT Infrastructure to Computer Science Corporation (CSC).  I was managing the Infrastructure group at the time and was transferred as part of this outsourcing, but continued to support the Textron account. At CSC, I acted as a liaison between Textron’s Project Management Office and the Infrastructure group at CSC. I was responsible for assigning resources, providing labor and cost estimates, and architecting solutions. While my pay-stub and role changed, I continued to work with the same people in the same building as previously.

FMC: You stayed with CSC for about two years. Why did you leave?

AC: I got burnt out at CSC. It was a great job and I learned a ton, but it was 7 days a week, 75-80 hours per week. We never had fewer than 200 projects impacting my area at any given time. When a former co-worker of mine offered me a job at his company, I took the offer. I was not gone for very long however. When the CIO at Textron heard that I was leaving, he was furious, and did everything that he could to lure me back to Textron. I was re-instated as a Textron employee in 2007.

FMC: You were with Textron for 24 years. Tell us about your career during that time.

AC: My career at Textron was anything but a straight line and anything but boring. While I stayed with the same company, I had a variety of different jobs. As previously stated, I started as a Mainframe Performance Analyst, but was quickly moved into a programming role where I stayed for nearly a decade. When the need arose for a Database Administrator, I took on this job concurrent with my programming role. As the number of databases grew, I took additional DBA’s under my wing and later also assumed responsibility for the server administrators and remaining components of the Infrastructure. During my last 5 years at Textron, I served as an Infrastructure Architect, finding solutions for a variety of technical challenges involving storage, backup, mobile security, etc.

FMC: You recently left Textron to go to United Natural Foods. Why did you make this change and what do you do now?

AC: As had occurred in the past, I was recruited to UNFI. Three of my former co-workers all contacted me independently for the position at UNFI. I was initially not interested, but agreed to talk to them after some persistence. UNFI offered the opportunity to once again be part of a rapidly growing organization. Today, I manage a team of Database Administrators that is responsible for over 2,000 relational databases.

FMC: Did your college education adequately prepare you for your first and current positions?

AC: Absolutely!! My college education taught me how to learn! This is imperative in a rapidly changing industry. To stay on top in this field, you need to completely re-tool your skill-set every three years. This requires constant learning!

FMC: How much do you enjoy your career?

AC: Immensely! I enjoy the challenge and the torrid pace. It is exhilarating and there is never a dull moment!

FMC: How hard do you work? Does your career leave you with enough time to enjoy life?

AC: Balancing your career and personal life is a challenge. Some companies and roles are more demanding than others, but your job can easily consume you if you allow it to. Supporting a large company in a 24x7 economy is tough work.

FMC: Do you have some advice to our current students?

AC: More so than all of the generations before you, you not only need to compete with the person down the street, but also with people on the other side of the planet. Our ability to prosper in this global economy is highly dependent upon our having the intellect and motivation to do so. The world desperately needs people like you to assist. I cannot tell you that it will be easy, but I can say that it well worth the effort.